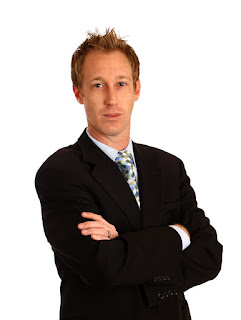 BOSTON - Benjamin Charles, 37 was hit and killed by an Amtrak train this past weekend, giving his portfolio of area protégés a grave reason to take pause. The life coach acted as a consultant to a dozen local residents.

"What a phony," Chelsea Bishop of Braintree exclaimed. "This entire time, I've been treating his direction with complete respect and reverence. Then the idiot goes and gets hit by a train? What the fuck? How hard is it to not get hit by a train?"

Authorities are treating the incident as an accident pending further investigation. The life coach's clients however, can't help but think that a crime has been committed.

"Of course there's some foul play afoot," said Alan Westerley of Natick. "It's criminal that I ever thought for a second that his words carried any weight. I've gone every single day of my life without getting hit by a train. And here I am paying this clown to give me advice, and he gets hit by a train?"

Under the tutelage of Charles, Westerley was able to kick a drug habit, reunite with his wife and child and secure a stable job. But none of that means anything to the 31 year old now that his mentor has been hit by a train.

"Everything that he ever said to me or taught me, it's all meaningless now. If he had survived, I'd report him to the Better Business Bureau."