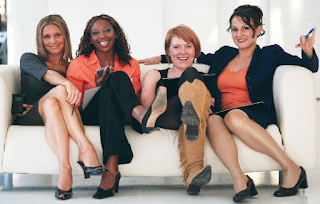 BOSTON - A recent Boston University study indicates that Massachusetts women are most interested in meeting a Colonel, Admiral or Brigadier General decorated in full-military regalia to waltz with them in a ballroom setting to Tchaikovsky's most recognized and traditional pieces of music.

"The more ornate his dress is, the better," said Alexa Crossley, a paralegal and one of the women who took the poll. "I'm talking beautiful ceremonial golden sword, tassels, feathers...the whole deal. I just can't get enough pomp from my man."

Less important to area women are a sense of humor, family values and a steady job, according to the study. "Those are not the priorities of a strong, modern-day woman," said Margot Hughley, who conducted the study.

"Today's women are interested in a man who knows his way around Strauss's Blue Danube Waltz," said Hughley. "A man who knows how to shoot his pistol but is civilized enough to avoid firing his arms at all costs."

Other items on local women's checklists include a mastery of the equestrian pursuits and extensive knowledge of the frontier's oil fields.

Added Crossley with a smile, "And believe me, it doesn't hurt if he's played a hand in vanquishing the Prussian Guard on the front."