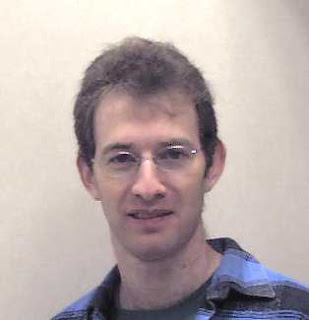 MARBLEHEAD - In his latest display of witless buffoonery, local son-in-law Corey Garland embarrassed himself at a family picnic by claiming that Newtonian Physics are universally applicable, regardless of time or mass scale.

"It must be nice to live in Corey Garland's world," said the picnic's host Brandon Nesbit. "That's a world where no one has to worry about the Planck Scale. Electrons don't orbit a nucleus in under one femtosecond if you're Corey Garland."

Garland, who married Nesbit's daughter Katrina last May, has "never seemed to fit in very well with the rest of her family," according to Aunt Katherine Nesbit. "He never gets our jokes about thermonuclear fusion, but he laughs really loudly anyway. It's totally obvious that he doesn't comprehend. Such a dullard."

Family members have tried to be patient with the newcomer, but Garland's continued idiocy has put him on thin ice with several from within the inner-circle.

"So he's saying all this horseshit about Newtonian Gravity as though it's the exclusive constant in nature, like he's some sort of toddler," Nesbit continued. "And I'm trying to explain the basic tenets of quantum theory to him and he's just not getting it. 'Hey Corey,' I say, 'ever heard of a little someone named Niels Bohr?'"

Evidently, he had not.