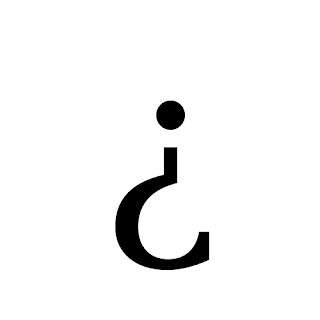 BOSTON - A private study confirms what you may have suspected during that middle school Introductory Spanish class; upside-down question-marks are a waste of time.

Local linguistics experts studied the behaviors of residents of the world's 21 countries for which Spanish is the primary language, factoring in the overall literate population of each combined with the frequency with which the inverted punctuation is used.

"We were blown away by the results," said Dr. Monica Yabrinsky, who specializes in the romantic language. "Over 1 million hours a year are wasted in these countries by writing this simple interrogative mark."

The inverted punctuation is intended to allow a reader an immediate indication that the sentence about to be read will indeed be an inquiry.

"These are proud countries whose economies have doubtlessly suffered as a result of this common linguistic practice," Yabrinsky continued. "Imagine the advancements in efficiency were Cuba or Mexico able to abandon this particular habit of grammar. The opportunities could be staggering."

Yabrinsky wouldn't speculate on the likelihood of the question-mark being dropped, but does think the Spanish-language could evolve in the long run.

"I mean, you'd still have the other question mark at the end of the sentence, so what's the difference?" she said. "I mean come on."